Ode To The King 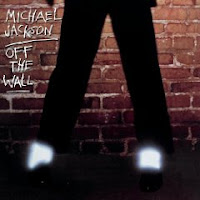 When I was twelve years old, I decided to buy my first record.

My family had just gotten a new stereo and my parents were playing their own albums over and over. Englebert Humperdinck and Herb Alpert spun, followed by Tony Bennett and, of course, Elvis and the Rat Pack.

When it was clear I wanted in on the musical action, my parents told me I could spend my allowance to buy my own record.

I immediately knew what I wanted. The kids at school had been talking about some album called, “The Wall.” I wasn’t sure whose album it was, but it was clear—if you wanted great music, you needed, “The Wall.”

So, off I went to the record store. Truth be told, it wasn't a record store, but rather the record section of the drug store. It didn't matter. My allowance was burning a hole in my pocket and there were records to be bought.

While my mom was off gathering aspirin and shampoo, I headed for the music. I was too embarrassed to ask for “The Wall,” because it meant I’d have to admit my ignorance—I had no idea who'd recorded it. Instead, I went right for the Pop Music section and started with “A.”

I thumbed through the records one after the other (and, kids, when I say, “records,” I mean those big, round vinyl numbers they put in cardboard sleeves). This was before CDs or iTunes, when we all had to work for our allowance. Yes, I’m a little bitter. Memo to kids—earn your keep!

Anyhow, I got to the “J’s” and found it—“Off the Wall” by Michael Jackson. He had sparkly socks and the album featured cool sounding titles like, “Don’t Stop ‘Til You Get Enough,” and “Rock with You.” I was ready!

I happily offered up my allowance, rushed my mother out of the cosmetics section with proclamations of her beauty and statements about the needlessness of such cosmetics, and raced to our Buick. I had the record out of the plastic and cardboard sleeve before I hit the living room.

For the rest of the day, I ate up my new Michael Jackson record. I spun my disk repeatedly until I had every song memorized, right down to each “hee-hee-hee” and “woo-hoo-hoo.”

I knew I was really onto something when my folks heard the music and liked it, too. Not so sure how they felt about my singing…

My mother came over and eyed the album. “Wow, he's so grown up now.”

“Michael Jackson was that cute little boy in ‘The Jackson 5’,” she explained. When I gave her my confused face, she sang, “A-B-C… Easy as 1-2-3….” Then I knew what she meant. I loved those kids and their symmetrical afros. "He was the little boy, the youngest one."

Kids rule, even when they grow up! Michael was our ambassador! Kid and grown-up all at once.

On Monday at school, I strutted the halls, unapologetically singing, “Momma-say, momma-saw, Ma-mongoose-saw,” (incidentally, NOT the real lyrics) when someone asked what I was singing. I proudly reported I got Michael’s “Off the Wall” album over the weekend and knew every song.

That’s when I was informed that the cool album the kids had been talking about wasn’t Michael's “Off The Wall.” It was, “The Wall,” by Pink Floyd.

Now, you’d think I would’ve been humiliated, embarrassed, and ready to return my album to the drug store. But you’d be wrong. It was too late. I was hooked. Michael had me at, “Hoo-hoo-hoo."

I never did buy that Pink Floyd album. I was a Jackson fan, and I didn’t care if it was cool or not.

I can only imagine now how the Pink Floyd Album would’ve changed twelve-year-old me. My parents would surely not have been as enthusiastic about Floyd. And if they think I’m a rebel now, imagine… (“Hey teachers, leave those kids alone!”)

I have to say, my love-hate-love of pop culture was (and still is) well served by Michael Jackson. Even through his scandals, eccentricities, surgeries, single silver gloves, marriages, baby-danglings, and his changes in color (it doesn’t matter if you’re black AND white!), I’ve remained a fan of his music.

I was entertained by his toe dancing, wild spinning, and moonwalking (just try that in your kitchen!). I coveted his friendships with Liz, Diana, McCauley, and his monkey (who doesn’t want a monkey?). I even pondered questions I thought I’d never ponder—like what life would be like without a nose—all thanks to Michael.

Now he’s gone and I take pause. Think what you will about the man and his surreal life. But his mark was unmistakable and undeniable. He influenced a lot of little dudes like me who didn’t stop ‘til we got enough.

The King of Pop is dead and we’re on our own.

I have a new desire for sparkly socks and the nagging feeling that I might be the next king of pop.

And The Whole World Has To Answer Right Now
Just To Tell You Once Again . . .
Who’s Bad?

So.....I was left thinking about a friend of mine from middle school....we rode the bus together every day, 1.5 hours each way. He was a HUGE MJ fan. Huge. I can't think of anyone I know who loved him more. And one day, I went to his house, saw his bedroom, which was plastered with photos of Farah Fawcett, even a few autographed, and of course one on his ceiling right above his bed *ahem*, as I assume was the case in many a pubescent boy's room. So the other day, when the news hit, all I could think of was, "double whammy for teenage boys of the 80's!" Another great blog! Mamma say mama mongoose-ah!
x0-
Leda

I love your blog.

I'm around on Monday and Tuesday. Would love to catch up with the fam for an hour or five.