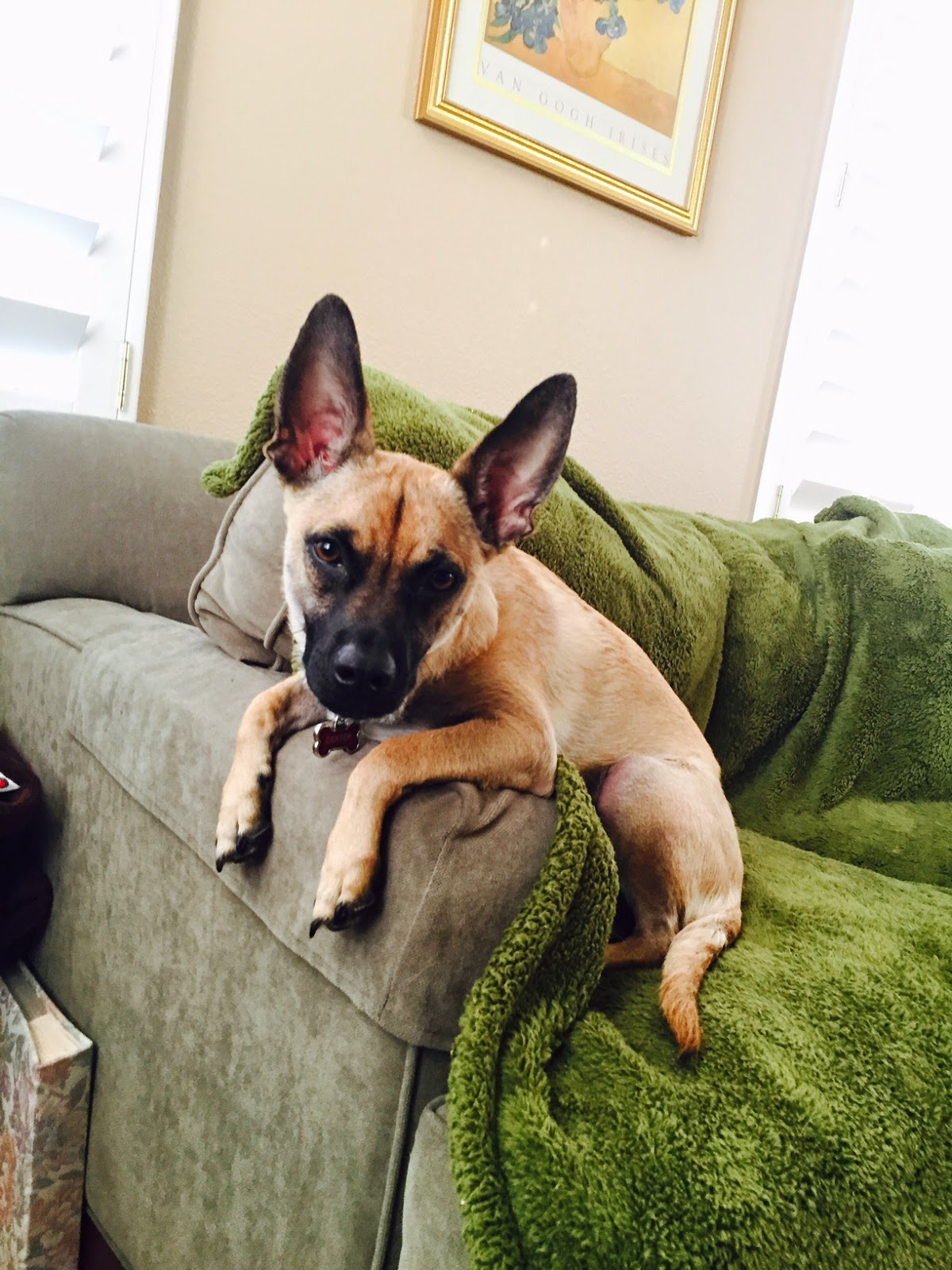 The contempt my newest dog seems to have for unsupervised shoes, belts, socks, underwear, or packages leaves me to wonder what happened to him in the seven months before we adopted him. It’s impressive how quickly and thoroughly he can dispatch, dismember, and disregard these items—usually belonging to my wife—but far more impressive is his ability to forget the humiliating chastisement and painful solitude with which we reward him each time he violates the non-aggression pact we’ve theoretically made. I suppose the same could be said for my wife, whom I’ve warned against leaving such items lying about. She, too, seems to forget the consequences of prior behavior.

Maybe I’m missing the obvious. It has occurred to me there is a conspiracy here by which my wife rids herself of unwanted clothing in exchange for giving my dog the opportunity to unleash his unholy ire on inanimate objects. He gets a recreational outlet. She gets an excuse to buy new clothes. I’m the one left, literally picking up the pieces.

This, of course, could be the result of my overactive imagination which is a feature of my spectacular midlife crisis, currently underway. More to come on that.

My dog has also decided that bringing in pieces of poop from the yard is a fun thing. It’s usually my other dog’s poop, so there’s that. Each time I come home, I have to play “Clear the minefield.” As I scoop the love bombs from the living room and family room, I have to explain to him that poop doesn’t belong everywhere. It just shows up everywhere, a little like the Kardashians. Actually, a lot like the Kardashians.

I just found my dog wrestling with my wife’s pantyhose, entangled like King Kong vs. the Giant Octopus. The world is way more fun when EVERYTHING is a toy. Just ask Donald Trump. He’s really just like an unruly puppy. The groomers would have a field day with him, but I’m not sure he’s had his shots.

The other gift from my dogs that keeps giving is the unrelenting supply of shed fur that is now forming tumbleweeds throughout my house, urged to move across the hardwood floors each time a dog comes racing through. I’m ready for the whistle and music that accompanies noon at the OK Corral. I’m tempted to collect it all and sculpt together a new dog. I suppose when you bring these animals into your house, you do have the inevitable roommate conflicts over such things like grooming and hygiene.

But perhaps the biggest decision you’re making when you adopt a dog is to fill your heart with something new and profound.

Just when you thought your heart was already too full to fit another thing in there (like the aforementioned Kim Kardashian’s closet), along comes this little soul who loves you more than anything after just meeting you. Such a creature reminds you that you’re needed, and while that is not an unforeseen thought when you adopt one, it does evoke unforeseen feelings, especially if you already have an old dog who’s through with new tricks and is unmoved or unimpressed with you, having come to know you well. Sort of like teenagers of the same circumstance.

A new dog or puppy needs you in a very real way and that feeling is so fulfilling that it’s hard to imagine life without them only days after they join your family.

Give me a second. Something got in my eye.