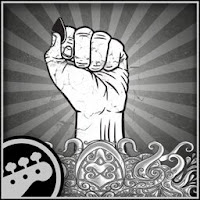 This was proven, once and for all, in one of those awkward moments of clarity while I was driving down the 5 Freeway toward Dana Point (that’s California, don’t cha know?). I passed a building with a sign that said, “Gas and Logs,” and my juvenile mind starting playing the word-association game show, “The Twenty-Thousand Dollar Pyramid.” See what I mean? A kook.

Folks my age or older will surely remember that show from the 70’s and 80’s. You kids out there—go to YouTube and you’ll see for yourself. Dick Clark was the host of the show, featuring a big pyramid built out of triangle panels that would spin around to reveal categories to the audience. A Hollywood celebrity would offer “clues” related to those categories in the form of seemingly random words, blurted out to a contestant who couldn’t see the categories. The contestant would have to guess the category from the clues.

So, JoAnne Worley or Tony Randall (do you kids even know who they are?) would say, “Cherries…Apples… Peaches…Little Jack Horner’s Thumb…” and the contestant would respond with a guess like, “Things in a Pie!” Bingo! Twenty-K!

So anyhow, I’m driving along and there’s the sign—“Gas and Logs,” and my goofy brain blurts out, “Things that come out of an ass.”

I know. Totally random. I’m sure that’s not what the sign maker had in mind.

Apparently, I’ve been playing “Twenty-Thousand Dollar Pyramid” since 1979 and had no idea. Very disturbing. Where’s my Twenty-K? Or, at least my pantyhose and rice…

So, fast-forward to the very next day. My kids decide it’s time to cash in their holiday gift cards to buy the new video game, “Rock Band 2.” For those unfamiliar with this game, it’s like karaoke on your TV, but with instruments. We got ours to play on our Xbox. If you don’t have an Xbox, don’t worry. You must already know you’re a relic, and the absence of an Xbox in your home clearly makes you irrelevant. The world is passing you by, and you don’t need me to tell you that.

My kids, on the other hand, will be happy to explain that fact to you in excruciating detail. They explained it that way to me. Fortunately, I held out long enough so I didn’t have to fork over the 200 big ones. We got our Xbox free from Ellen DeGeneres. She’s nice that way, with the Xbox-giving. Totally another story, for another time.

So, with this Rock Band game, you get a set of faux-drums, a faux-guitar, and a faux microphone, and then you pick which one you want to use to demonstrate your faux-talent. I’ve now tried them all and can happily report, I am equally gifted at all three instruments, which is to say, not at all gifted in any of them.

But the game is fun! The catch is, you have to keep up with the music, or else you end up prompting the game’s audience to “Boo” and “Hiss” at you. Yes, folks, if you didn’t feel bad about yourself already, you can buy a game to make you feel that way. Ain’t technology grand? Come to think of it, kids perform that function, too, with the hissing and the booing.

Put them together and it’s a total hoot for the parents. Sexy and delicious, remember. Losers rule!! Woo-hoo. I’m losing it, people.

Now, I’m rocking with the guitar like Eddie Van Halen while my daughter sings and my son pounds the drums, with everyone laughing at how ridiculous we are in our suburban living room acting like we're cool. With no curtains on our windows, I can only imagine what we must look like. A family of kooks.

As I’m faux-strumming to “Hungry Like the Wolf,” my son says, “Dad, you’re doing it wrong.”

I swap my guitar for the drums and seem to have better luck—I make it all the way through, “The Eye of the Tiger” without getting booed, and when I feel like maybe I've missed my calling and ought to have taken my show on the road, my daughter says, “You got 67%. You still suck.”

And so my brain says, “Things spoiled kids say to their parents”—Bingo! Twenty-K! And you twerps are goin’ home with panty hose and rice! In. Yo. Face!

I try to explain that I’m good at the Pyramid game, even if I’m not good at Rock Band, and that oughta count for somethin’. They say they’ve never heard of, “The Twenty-Thousand Dollar Pyramid” and I explain it was a game show.

So there I am, old and pathetic, sitting on the couch in front of faux drums, recalling the good old days when twenty thousand dollars was quittin’ money, when game shows made for solid entertainment, and when kids wouldn’t tell their parents off in their own living room. Back when electronics stores were small shops run by old men with bifocals not “big box” stores run by kids with pimples.

Of course, Circuit City is closing and it occurs to me, as I muse over the good old days, that there may be deals to be had. In the morning, I rush over and get an extra Xbox guitar for Rock Band 2 for 40% off so that I don’t have to swap out when my kids wanna play the first guitar.

I may be a loser, but I got the credit card.

Bingo! “Things pathetic 40-somethings say to themselves to feel better.”