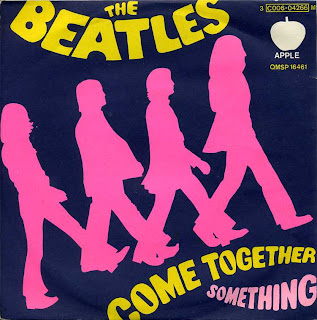 The holidays are upon us and the craziness is on full throttle.

The TSA is touching our junk, our Wiki is leaking, and my parents have joined the Beatles in my living room. What’s the deal, people?

Let’s start with the TSA...

Everyone seems overly upset that their private parts are either getting X-rayed, photographed, or fondled. Is your junk so famous that you care about someone taking lousy, blurry, night-vision-goggle photos of your stuff? No one cares, people—no matter how fabulous you think you look. If your hoo-ha ends up on YouTube, good luck differentiating your night-vision-goggle version from someone else’s!

And fondling—was it so long ago that a little action wasn’t appealing to you? For the price of a flight you can get to second base. And I was complaining they took away the in-flight snack. Glass half full, people. Think of that!

But if you just don’t go for the touchy thing, don’t think for a minute that the TSA people are too happy about it either. You may be in love with your privates, but chances are, they aren’t. If you don’t believe me, imagine walking next door and fondling that guy... Yuck.

My advice: first, let them take your picture. If they pull you aside for the up-close-and-personal Easter Egg hunt, enjoy it. Or, just raise your hands, take a breath, close your eyes, and count Mississippis. It’ll be over soon.

Okay, now for these leaky Wikis...

Now, you might agree, some of the stuff in those memos isn’t so secret:

Not to make light of all these state secrets. When the documents also show what we know about Iran’s nuclear capabilities and how we found out, things start to get a little dodgy... But, why are we angry at the WikiLeaks dude? I mean, I’m a little angry. But that guy should never have gotten that stuff in the first place. Am I right? Bring me the geek with the thumb drive. He's the supervillain here! Or maybe the Technology Manager who made it so the geek with the thumb drive could actually get away with stuff. Bring him!

The Pentagon announced there would now be monitoring and limits to how much restricted information the drones at the State Department can download. NOW? These restrictions are being put into place only NOW?

My company has been monitoring what we download for years and I guarantee we don’t have anything nearly as sensitive as the State Department, let alone the Batcave (just can’t let it go, can I?). I have better restrictions on my Xbox than the government has on their computers? Yeesh. I think WikiDude may have done us a favor. He poured water into our bathtub and now we can find all our leaky Wikis.

Still, it would be fun to see him get in trouble. Guantanamo, maybe?

Now, let’s talk about the Fab Four. The Beatles are back in the news with John Lennon’s 70th birthday back in October and the release of the Beatles discography on iTunes in November. But the real Beatles news for me was that I have Beatles Rock Band in my living room (the interactive singing and instrument-playing game for the Xbox).

Fans of my blog will recall my parents’ last attempt at playing Rock Band. Dad sang, “Eye of the Tiger” like Sinatra, only without the voice, knowing the words, or liking what he was doing. Okay, maybe nothing like Sinatra at all.

This time, with Beatles songs, we got Mom’s attention and Dad seemed a little more perky about the whole thing. We started easy with, "I Saw Her Standing There." My brother strummed guitar, my daughter pounded the drums, and Mom sang in a strange falsetto that was oddly both on and off key. The dogs didn’t seem to mind, so I left it alone. Dad took pictures. Better, I thought, not to discourage them, but to just enjoy the spectacle in my living room.

Dad finally jumped in with “Can’t Buy Me Love” but didn’t seem as excited halfway into his own performance as he did when he first started. The words on the screen were too small for him to read and he was less familiar with the song than he claimed when he snatched the microphone from my incredulous mother. I think she secretly delighted in his failure.

It wasn’t long before Dad went back to the camera (dear God, I just realized this has all been recorded for future mischief). Mom enthusiastically agreed to sing, “Come Together,” but I knew we were in trouble when I asked her if she had “monkey finger” or “joo-joo eyeball” and she just looked at me blankly as though she thought I had suffered some sort of brain aneurism.

Once the music started, she plodded into the song, started singing the nonsensical lyrics, and prompted my Dad to think of one-liners to trip her up as she sang.

Mom sings, “He wear no shoeshine he got toe-jam football...”
“You play football?” Dad chimes.

“He got monkey finger...”
“Keep your finger to yourself.” Dad laughs at his own joke at this point.

“One thing I can tell you is you got to be free...”
“Wish I was free. I don’t understand anything you’re saying.”

Dad’s laughing so hard at his own humor he can hardly finish his joke. Mom’s giggling and can’t sing the song (not that she knew what she was singing anyway). Before we “came together,” we gave up (rather like the real Beatles when you think about it.... Hmmm. Would Dad by Yoko in that scenario?).

In the end, Dad proudly proclaimed he played Beatles Rock Band, but really—he was just a heckler. A Yoko, band-breaking, heckler.

We tried playing “AC/DC Rock Band,” but that just got my brother screaming “You shook me, you shook me...” and the kids telling him he sounded like Gilbert Gottfried.

All in all, a wonderful Thanksgiving. Laughed so hard I had to take a WikiLeak.

Now, I’m left with only one question. How will we top it next Thanksgiving? And who do I have to fondle for a "Ticket to Ride?"

Posted by Herb at 5:28 PM No comments: Links to this post