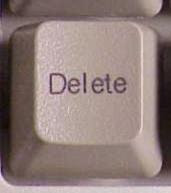 Happy holidays, true believers! Sorry I’ve been incommunicado lately. Busy with everything, finishing touches to the novel, moving into a new house, traveling for work, and fending off a kick-butt case of the stomach flu. Just finally catching my breath. Gotta take it easy, I know. Sounds like a new year’s resolution in the making.

If you’re like me, (and I hope for your own sake you aren’t) I can tell you I’m loving the annual angst of the holidays, starting with Turkey Day. Nothing says Thanksgiving like our annual trip to Arizona. All I can say is my people have crossed one too many deserts and it's starting to feel like being “chosen” may not have been such a good thing after all. Of course, Moses would have loved stopping at A&W Root Beer off Interstate 10 for a root beer float, or pausing to browse at the world-famous Hadley’s for some date shakes and Oriental trail mix. Talk about a Hanukkah miracle! Forty days and forty nights at the Cabazon outlet mall? Oy vey.

This year, dinner with my folks in Scottsdale was less about the turkey and more about helping my dad set up his new computer. Don’t get me wrong. The turkey was awesome. My stuffing came out well and the Hawaiian rolls added just the right, “je ne sais quoi.” But this year’s “Big Bird” was not the butterball, it was Dad’s new HP desktop with the widescreen HD monitor. Of course, we drooled over both the food and the machine.

Now, it should be noted that my folks aren’t exactly “tech-savvy,” though over the years, they’ve gained some skills like turning on the computer and monitor, burning a CD, printing out birthday cards, sending email, and surfing the Web. It’s been a journey fraught with potholes and darkness, late night “help-desk” phone calls, and conversations like:

“Well, somehow I deleted all my icons.”

“It happened after I deleted some files from my system folder.”

“Why did you delete items from your system folder, Dad?”

“How do you know you weren’t using the files in your system folder?”

“You’re supposed to be impressed that I used the term, ‘system folder’.”

“So can you get my icons back?”

“Not a chance. You’re gonna need someone there in Scottsdale, Dad.”

“Will that cost money?”

Soon enough, Dad found a kid willing to help and was off to the races. Now, seven years later, he was ready for a new machine and my arrival was the catalyst for the purchase. He found a sale, got his discount, and we got the thing home with plenty of time for me to help set it up.

The new system came with Windows 7, which was cool (though not as spectacular as the commercials would lead you to believe). A few new tricks and features and I was ready to roll up my sleeves. All the while, Dad's got his endless supply "helpful" suggestions (akin to deleting unnecessary system files). I felt myself slowly reverting to the surly, short-tempered teenager I once was and had to practice Lamaze breathing just to stay focused and avoid the use of colorful language.

In the end, I successfully set up the computer, I have a new appreciation of the medicinal effects of red wine, and my parents have a working, Internet-ready machine. They’re happy and I’m officially over it, though admittedly feeling a little tired. Loads to be thankful for!

Fast forward to December, and now I’m ready for our multi-ethnic, non-denominational holiday celebration of Hannukmas…. Kwanzakah? Either way, I’m enjoying the Reggae sounds of Matisyahu—the world’s best (and perhaps only) American Hasidic Jewish reggae musician. Oddly, it reminds me of the ceviche sushi at Riptide—an odd combination, but if you don’t think about it too much you’ll probably love it!

Somehow, it seems entirely fitting to the multicultural flavor that seasons my home at the holiday season. Or, perhaps it’s just that I like surrounding myself with such mind-bending accoutrements. You’re the better judge of that, than I am!

Now, the shopping is mostly done. The food is mostly purchased and awaiting preparation. Let’s just hope I don’t get that flu again! And as I look to 2010, I can’t wait until my parents’ next visit out to see me. Then, instead of playing Help Desk Herb, I can rope my parents into the new “Beatles Rock Band”—a Hanukkah favorite—where they can each don a guitar and play the part of their own favorite “deleted icon.” (Would that make my mom, Yoko?)

Maybe then I can breathe easier, calm my nerves, get some rest, and dream of the California desert, filled with root beer floats. You say you want a revolution? Well, you know, we all want to change the world.