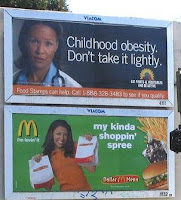 Irony is at the heart of every good story. From movies, to books, to real life—people are drawn to irony.

Jerry McGuire—Tom Cruise is a sleazy agent who can’t be happy until he chooses to be honest. Irony.

Harry Potter—Harry can’t survive to fight Voldemort until Harry himself accepts his own death. Oh, irony.

Paris, Britney, Lindsay—famous, beautiful, and have it all…except sobriety and happiness. The fabulous life is nearly killing them. Yeah, baby. Irony.

It’s everywhere—school shootings perpetrated by the kids no one paid attention to. Shocking irony.

Preachers and priests accused of harming the very children they were supposed to teach and protect. Sick irony.

CEOs made famous for their business savvy going to prison for fraud. Beautiful irony.

Industries which made the U.S. leaders in the world economy are the same industries responsible for the worst global warming. Hot irony.

It’s everywhere. Life itself—our whole existence—is ironic. We’re born and then struggle, we live to find happiness, only to die in the end. Cruel and unusual irony.

So, the next time a bird poops on your car as you're leaving the car wash, or when you hear that OJ is in trouble with the law (again!), or when the dork gets the girl in the latest romantic comedy, remember—you saw it coming.

And lest you think life’s beautiful irony is going unnoticed, remember the fantastic Alanis Morissette. Lyrics to “Ironic” noted below with reverence and appreciation:

An old man turned ninety-eight
He won the lottery and died the next day
It's a black fly in your Chardonnay
It's a death row pardon two minutes too late
Isn't it ironic... don't you think

CHORUS:
It's like rain on your wedding day
It's a free ride when you've already paid
It's the good advice that you just didn't take
Who would've thought... it figures

Mr. Play It Safe was afraid to fly
He packed his suitcase and kissed his kids good-bye
He waited his whole damn life to take that flight
And as the plane crashed down he thought
"Well isn't this nice..."
And isn't it ironic... don't you think

A traffic jam when you're already late
A no-smoking sign on your cigarette break
It's like ten thousand spoons when all you need is a knife
It's meeting the man of my dreams
And then meeting his beautiful wife
And isn't it ironic... don't you think
A little too ironic... and yeah I really do think...

Posted by Herb at 12:06 PM No comments: Links to this post