Your Heart or Your Head? 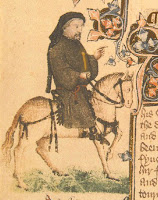 Ah, February. The runt month of the year. Usually only twenty-eight days long, but alas this is a leap year. February gets twenty-nine days. Still not enough to be like all the other months, but let’s hope for February’s sake, it takes the sting off of the inadequacy. Twenty-nine days of love. Which brings me to Valentine’s Day.

Now, you’d probably guess that an old cynic like me would have a load to say about how commercial and wrong Valentine’s Day is—that it’s just some money-grubbing scheme set forth by geriatric Mrs. See and those scabs at Hallmark, designed to rob guilt-ridden young people of their money or face the ire of their snubbed loved ones. And actually, that sounds about right.

Then again, I’m a romantic at heart (no pun intended). As corny as it sounds, I do love my wife and at Valentine’s Day, I like to let her know that. I even tend to include my children in the gift/card/candy/flower cornucopia, letting them know I’m rather fond of them, too. My wife always says I love the dog the most, but in February, that’s hard to prove.

I’ve learned in recent years that the legends of St. Valentine which have prompted our pronouncements of love may have been entirely misunderstood or misrepresented. As far as "they" can tell, these legends were taken from the English writer Geoffrey Chaucer’s interpretation of Valentine’s Day in his Middle English bore-fest, “The Parliament of Fowls.” As an English Major, I wasn’t a big fan of the Canterbury Tales—Middle English just wasn’t the language of my peeps—and this "Parliament of Fowls" I simply never read. I preferred Blake. I loved Milton. Chaucer—not so much. And now, it appears he may have been more than just a Middle English blabberer, he may have been a gossiping misinformer! (Okay, did I just get my English Major Membership Club Card revoked?)

According to the always reliable Wikipedia (is it me, or does that conjure up thoughts of witchy wiccans?), there were no fewer than eleven dates recognized as St. Valentine’s Day prior to 1969—and multiple dudes who came to be known as St. Valentine! And, if any of the legends are true, not a single one of them has anything at all to do with romantic love.

The best they can figure, the guy we now recognize as THE St. Valentine went to jail for trying to convert Emperor Claudius to Christianity (no comment there—just too easy!). In prison, he apparently blessed the blind daughter of his jailer and miraculously restored her sight, just before getting his head lopped off for offending the Emperor in the first place. Ah, the good old days.

Now, it may be a stretch, but as a man who’s been married for nearly 17 years, I can totally see the connection between romancing the woman I love and getting my head lopped off. Happens all the time. As cuddly and loveable as I am, I tend to say the occasional offensive thing which inevitably leaves my head in a basket, my wife scowling over me/it.

Which brings us back to chocolate and cards. Nothing puts a head back like candy and swoony words. So, maybe Chaucer was actually brilliant. Maybe he’s the man who foresaw the way it all would play out in the future, and knew we’d need at least one day each year to make nice with the loved ones. So, hurrah for old Mrs. See and hello, Hallmark. Tell them all, Geoffrey Chaucer sent you.

And before you go cursing Valentine’s Day, remember where your head is.

How did I not figure this out sooner? HWD, writer extraordinaire, combined with blogging ... why, it's like the Reece's peanut butter cup. Love, Deb

Oh, foresaketh you. Geoffrey Chaucer is a god. Okay, he was a blow-hard like the professors who teach his works. I agree that Milton was the man, but I enjoy his lesser know stuff. Well, ejoy your runtings.