The Meek Shall Inherit the Earth 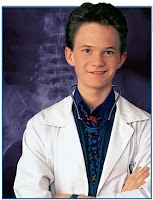 So, last week I’m merrily pounding away on my new Dell laptop when I find that the “Q” key only functions intermittantly (and here, I thought that was “dub-ya” that only worked half the time!)

Anyhow, I know that Dell offers online support, so I dive into chat-land with “Zack” the help-desk dude from who-knows-where—Houston, Bangladesh, Trenton…? He offers to update my drivers, but I tell my new friend Zack that drivers probably ain’t the problem. I got a “Q” issue.

He says, “no sweat.” The laptop is still under warranty. He’ll replace the whole keyboard. He asks if I want a tech to come out, or if I want to do the swap myself.

The voice in my head, which sounds hauntingly like my wife, reminds me that I tried to fix my daughter's camera last month. Instead of fixing it, I managed instead to give myself a small shock…twice. Ahem. Yeah. Felt those in my teeth. Still can’t concentrate.

But I consider myself technically proficient (if not technically adventurous) so I ask what sort of work a swap like that would entail. My man Zack sends me a link to a web page with instructions on the swap to help me make an informed decision. I get to the part of the page where Dell says if I screw up my swap, the warranty’s kaput (not in those words, of course. But the point isn’t lost on me—no do overs.)

I tell Zack to send the tech, and two days later, Justin arrives.

From here on, I’ll refer to Justin as the Dell child, since he looks like some boy from my daughter’s junior high school class. She’s thirteen.

Dell child arrives at my office wearing a blue, long-sleeved dress shirt which I immediately presume he nicked from his dad’s closet. To match, he wears ill-fitting dress slacks and chunky black sneakers, passable as “dress shoes” if you don’t look too hard.

I fought heartily—you’d be proud of me—not to ask Dell child if his mom knew he was skipping class to come replace my keyboard. I almost asked for a note from home or a hall pass before letting him continue. I have a bit of a cruel streak, don’t ya’ know?

He said very little, most of which was spoken in a voice that screeched up and down the scale like puberty had just hit that morning. Awk-ward.

He sat at a table, pulled out a set of tiny tools, and swapped my old keyboard for a new one in less than five minutes. It was like watching Orange County Botox—it was over and done with before I knew it, and I didn’t feel a thing. Of course, I could still speak without drooling, so the Botox metaphor just doesn’t work, does it? Erase. Do over. Never mind.

He rose from his seat and recited a cute little speech about how I might get an electronic survey from the folks at Dell about his service, and how he’d love it if I could give him all “fives” or some such thing. His recitation reminded me of the little girl who came to the door this week in her Girl Scout outfit and rattled out her rehearsed lines about cookie sales. In fact, Dell child and Girl Scout may very well have been the same person. When you get older, the young kids all blend together. I didn’t really listen to her and I was too distracted to listen to him.

It occurred to me in a rush not unlike nausea that my world requires this kid. I rely on my computer every day. But as it turns out, my computer relies on Dell child. Kids run things. Kids run everything. I’ve just been too busy to realize it.

Now, of course, since my encounter with Dell child, I’m seeing it everywhere. Kids. Running everything. Been to the movies lately? Hate to tell you, but that place pulls in a hundred grand a day and the eight people running the joint were all born in the 90’s!! I think the popcorn has been there longer than they've been alive.

I swear, I’m going to card my optometrist—he's young, too. Is it “bring your kid to work” day? It’s bad enough to be told you have to wear glasses to read. Does a kid have to be the one to tell me? Sheesh! Move over insult, here comes injury.

Starting tomorrow, I’m devoting two hours a day to playing on my son's new Wii. That should keep me young!

Of course, if that thing breaks down, I know who I’ll have to call to come fix it.

Hey, Herb-
Thought you might have a blog, and I found it! Well done! I will check back in periodically to read more. Please tell me the Tweedle incident is not true.....
From beyond,
-SF